About La Due Ladies Lunch

ABOUT LA DUE LADIES LUNCH

A very special thank you to all those who attended our annual lunch on July 8th, ensuring another successful event for 2021.

The LaDue Ladies Lunch (LLL) is a not for profit society of women who, like Flores, embody the Cowgirl Spirit: tenacity, innovation, imagination and a rancher’s work ethic.

Our mission is to celebrate and raise awareness of those wild and wonderful early day cowgirls who did it all; and inspire a future generation of Western women to be their grittiest, unforgivingly female, best selves.

The La Due Ladies come together for lunch every year on the day before the Calgary Stampede. Originally formed as an excuse to bring together old friends over lunch and cocktails, the event has grown to become a sold-out charity gathering. With the funds raised, the La Due Ladies Lunch Society proudly funds a scholarship program. Fostering new academic adventures for young women in Alberta living life with Cowgirl Spirit or being Cowgirl Tough, at both the high school and post secondary level. 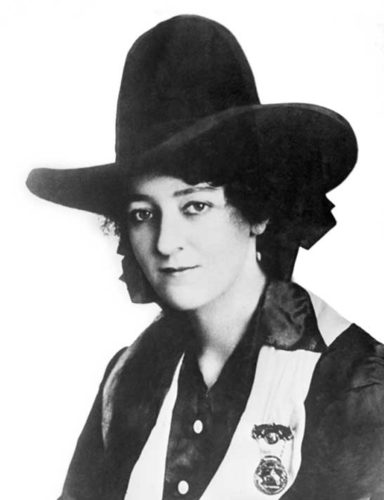 La Due Ladies Lunch was founded in 2010 to honour and recognize the life and times of Flores La Due.

La Due Ladies Lunch celebrates and raises awareness of those wild and wonderful early day cowgirls who did it all. We believe that as a top rodeo performer, pioneer woman and early day rancher in Alberta, Flores is symbolic of all cowgirls past and present who demonstrate the true cowgirl spirit.

Flores, born Grace Maud Bensell, grew up close to an Indian Reserve near Montevideo, Minnesota. She learned to ride horses at an early age becoming an expert rider and roper. Her brave and determined spirit were present even in her youth and, when still just a young girl, she ran away from home to join the circus.

It was from this time forward she would be referred to by her adopted stage name, Flores La Due.

After performing a few seasons in the travelling circus, Flores joined the Col. Fred T. Cummins Wild West and Indian Congress as a trick rider and roper. This is considered the turning point in her performing career.

While touring and performing Flores met and fell in love with Guy Weadick. They were married in Memphis, Tennessee in 1906 when Flores was twenty-three. Together the Weadicks performed their western show and toured all over North America and Europe.

In 1912 Guy Weadick produced the first Calgary Stampede. Flores played a significant supporting role as his partner but due to the nature of the times little recognition was bestowed to her.

Flores La Due was a petite cowgirl – barely five feet tall – a talented athlete who made rodeo history roping running horses while lying down on the arena floor. As an accomplished competitor, Flores was the Undefeated Champion Lady Fancy Roper of the World, 1912 – 1919; winning her first title at the inaugural Calgary Stampede. She was the first woman to perform the challenging Texas Skip – in which she jumped from side to side in a spinning loop of rope.

The Weadicks purchased the first Stampede Ranch in 1920 in Eden Valley along the Highwood River, south of Longview Alberta. Flores was very instrumental in the operations of this ranch where they raised cattle and horses. Later, they ran the ranch as a dude ranch entertaining many Hollywood celebrities and certain members of royalty.

In 1950 the Weadicks left their beloved Alberta and moved to the warmer climate of Arizona due to Flore’s poor health. In 1952 Flores La Due died during a visit to Calgary and is buried in the High River cemetery. On her gravestone Guy placed the words “A Real Partner.”

For Even More Information on Flores La Due 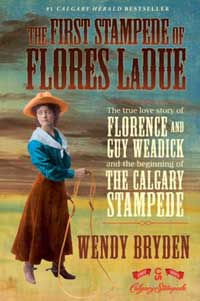 The fascinating true story of the romance that started the Stampede

“My name is Guy Weadick, how do you do?
A pleasure to meet you, Miss Flores LaDue.
The horses are saddled would you fancy a ride?
I’d love to step out with you by my side.
I’ll tell you my dreams about a big wild west show
I’m throwing a big loop by the banks of the Bow.”

“Well, Mr. Weadick, I’m told, you talk big and bold
And that’s fine with me for “ordinary” leaves me cold.
I’d love to go riding, as it happens I’m free
Any horse that has hair is just dandy with me.
I’ve had my eye on you from the start.
When you’re throwing your loop, you might aim for my heart.”

She had her trick rope and he had a dream.
They aimed for the stars and they pulled as a team.
With sparkle and spunk they could conquer the world,
A gamble, a promise, a plan was unfurled.
They rode side by side and they rode to succeed
And they did it: they started The Calgary Stampede.

A daring-do husband, a plucky young wife,
Hell-bent-for-leather, lived larger than life.
They were partners in work and partners in play
And they lived by a standard that lives on today.
A world of Try, a heart full of Yes–
A legacy branded the C Lazy S.

1951–her last setting sun.
Her saddle is empty her last race is run.
A cowboy heads west, a grave stands alone
And three little words are carved on a stone.
Three little words, but they ring true and tall:
A Real Partner, and that in the west says it all.

A Real Partner, plus the complete 100 Years of Thunder poems (a project that pays tribute to the Calgary Stampede)
are available in Doris’s newest book called Million Star Resort 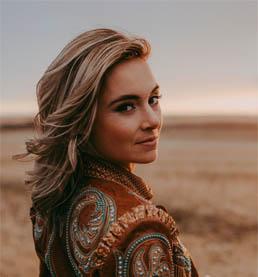 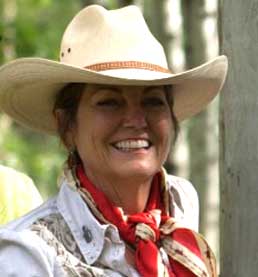 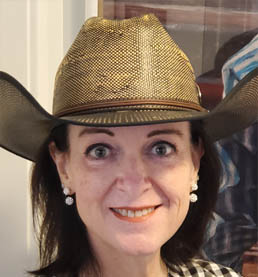 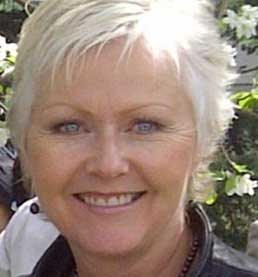 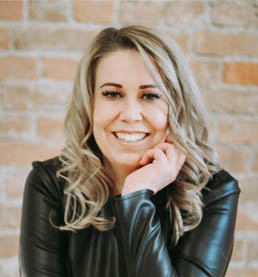 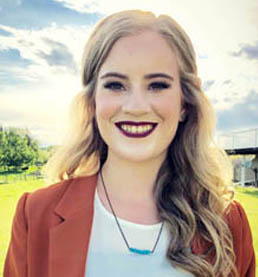 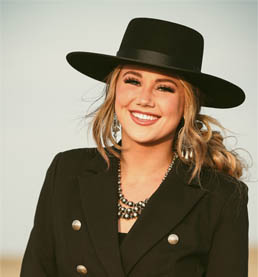 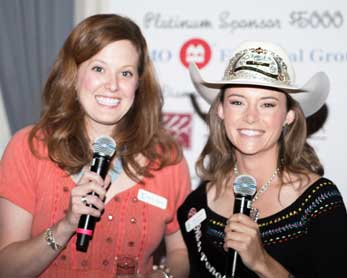 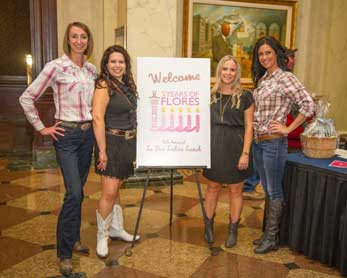 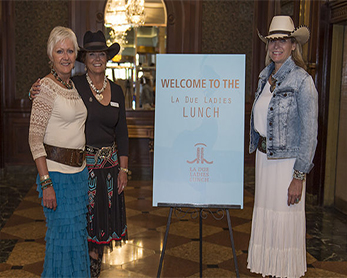 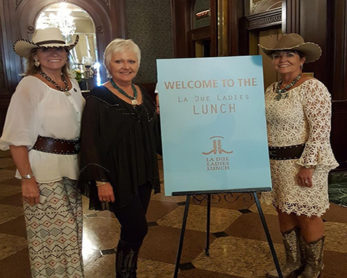 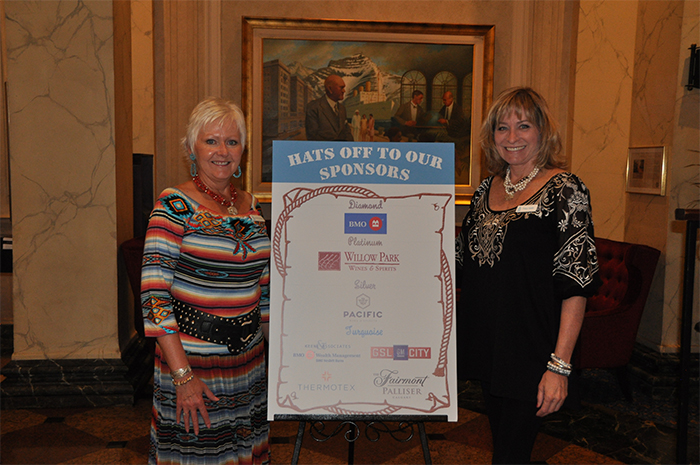 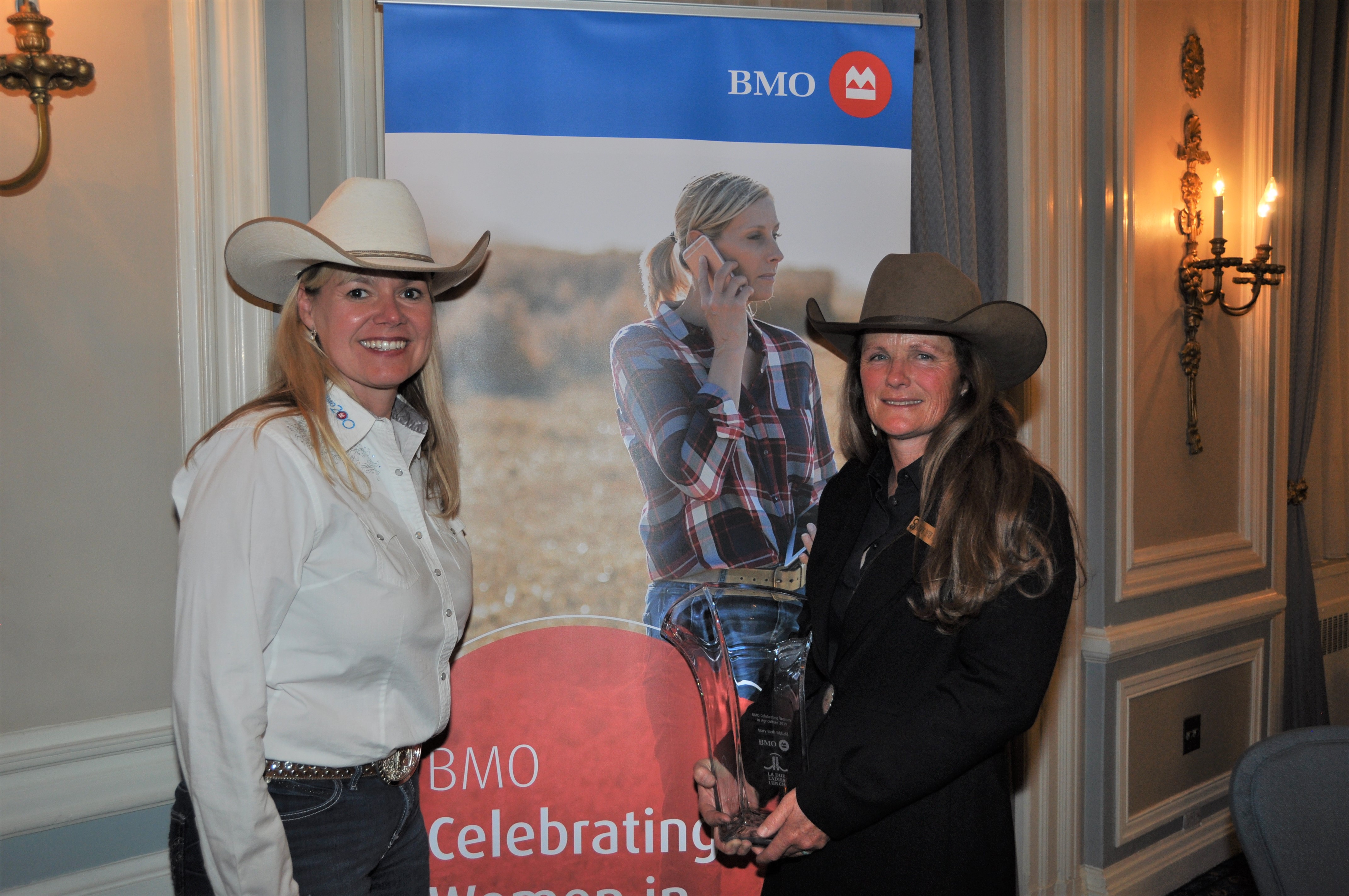